In 1933-34, this was the view of the moat and barbwire secured concentration camp in Dachau, Germany, in Upper Bavaria. The buildings are the barracks where the inmates slept.

Inmates in Dachau line up. This photograph was on the cover of the Munchen Illustierte Press edition on July 16, 1933. 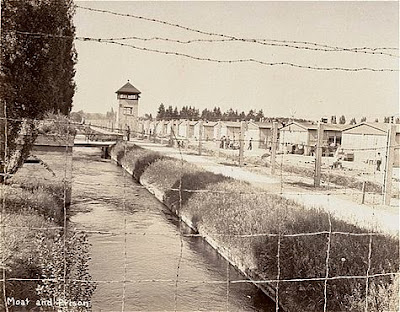 The barbed-wire fence and a moat in Dachau. 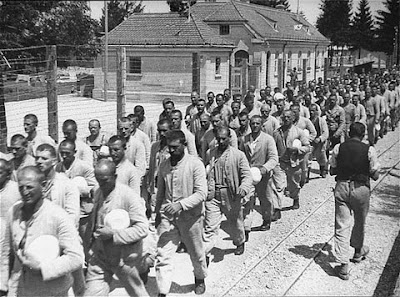 Prisoners with their mess kits on their way to the camp kitchen. Three times a day the prisoners walked with their mess-tin outside the inner camp to the kitchen for their meals. 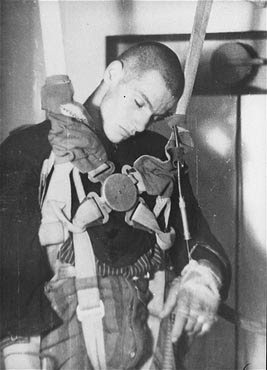 A prisoner who has been subjected to low pressure experimentation. For the benefit of the Luftwaffe, air pressure was created comparable to that found at 15,000 meters in altitude, in an effort to determine how high German pilots could fly and survive. 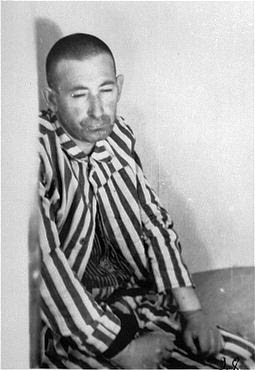 A prisoner in a special chamber responds to changing air pressure during high-altitude experiments. For the benefit of the Luftwaffe, conditions simulating those found at 15,000 meters in altitude were created in an effort to determine if German pilots might survive at that height.

A column of prisoners on a forced march from Dachau concentration camp passing through villages in the direction of Wolfratshausen, late April 1945. German civilians secretly photographed several death marches from Dachau as the prisoners slowly moved through the Bavarian towns of Grünwald, Wolfratshausen, and Herbertshausen.

Prisoners on a death march from Dachau pass through a village in April 1945. 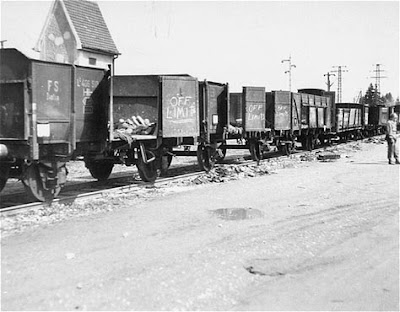