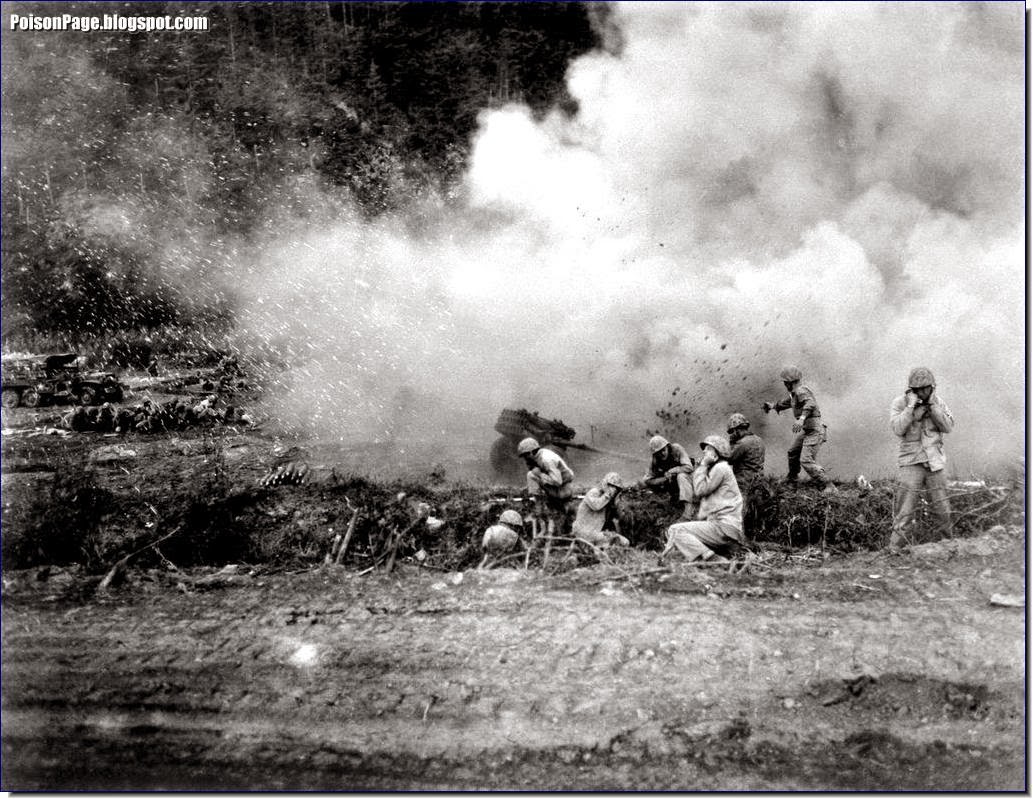 The Korean War was fought for four years but no one won. It was just a game of see-saw between the West and Chinese-North Koreans. But the cost in human lives was immense, of Korean civilians and soldiers and Chinese soldiers. Brutality was rampant on both sides: Both North Koreans as well as by the puppet South Korean regime of Syngman Rhee.

That is another topic. Below are some rare pictures from the Korean War (1950-53). 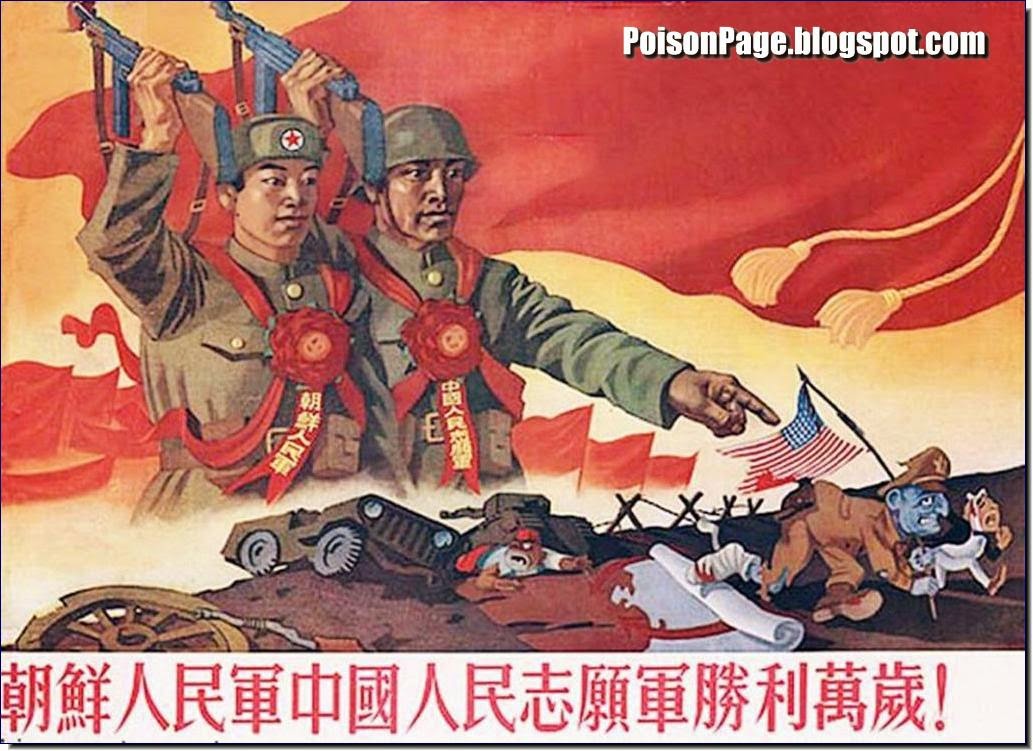 This is how the Chinese saw the UN involvement in Korea in 1950. Propping up a weak regime of Syngman Rhee in South Korea and getting a thrashing. 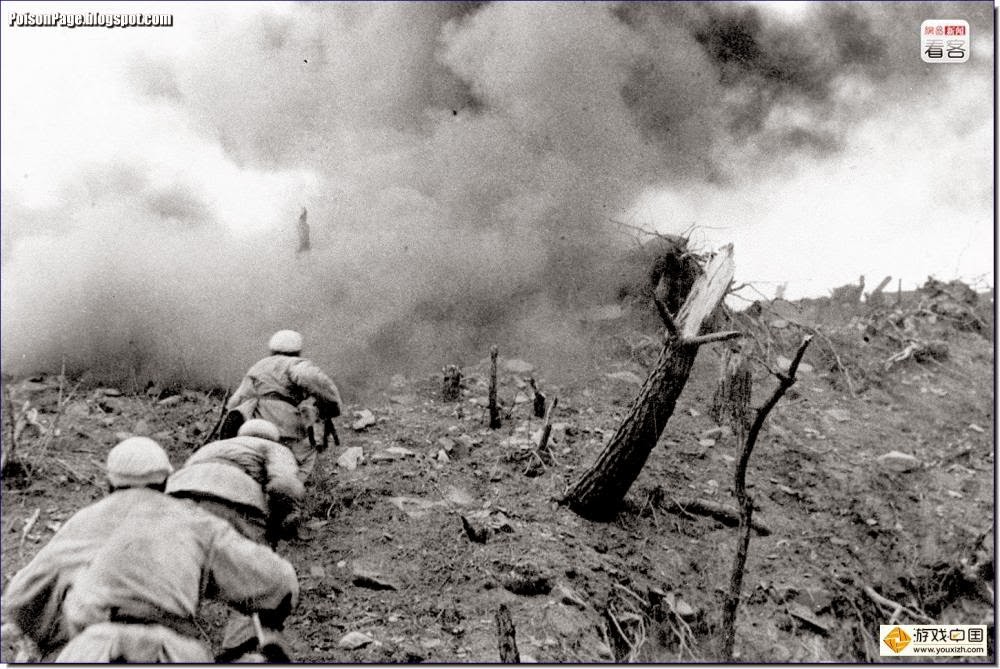 Chinese soldiers in action during the Battle of Triangle Hill.

WHAT WAS THE 'BATTLE OF TRIANGLE HILL'?


The Battle of Triangle Hill, also known as Operation Showdown or the Shangganling Campaign  was a protracted military engagement during the Korean War. The main combatants were two United Nations infantry divisions, with additional support from the United States Air Force, against elements of the 15th and 12th Corps of the People's Republic of China. The battle was part of American attempts to gain control of "The Iron Triangle", and took place from October 14 – November 25, 1952.

The immediate American objective was Triangle Hill, a forested ridge of high ground 2 kilometers (1.2 mi) north of Gimhwa-eup near the Korean Demilitarized Zone (DMZ). The hill was occupied by the veterans of the People's Volunteer Army's 15th Corps. Over the course of nearly a month, substantial American and South Korean forces made repeated attempts to capture Triangle Hill and the adjacent Sniper Ridge. Despite clear superiority in artillery and aircraft, escalating American and South Korean casualties resulted in the attack being halted after 42 days of fighting, with Chinese forces regaining their original positions. 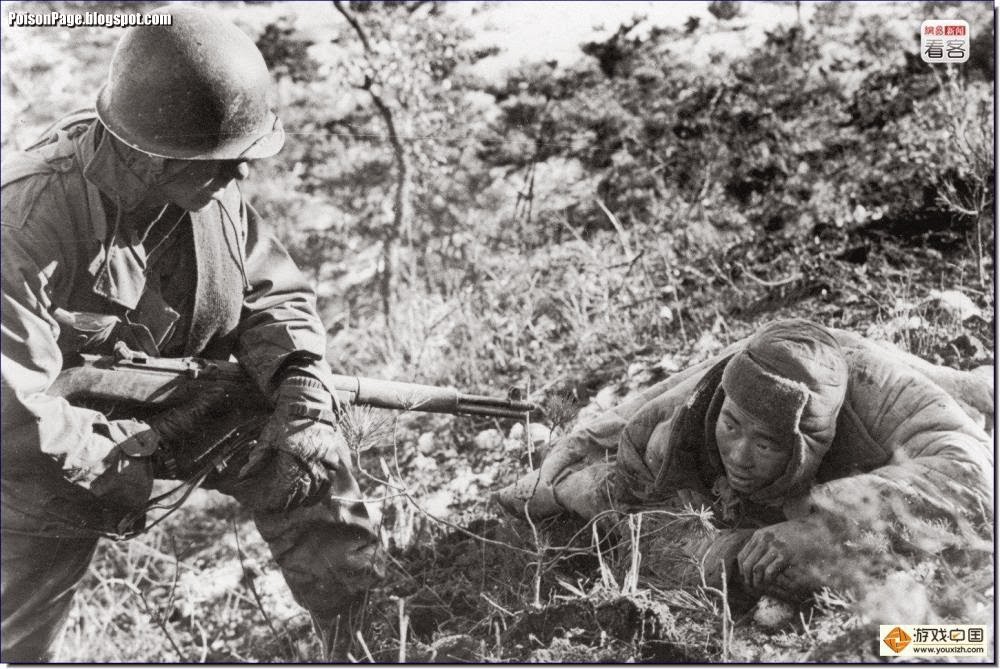 An American soldier with a Chinese soldier in Korea, 1952. 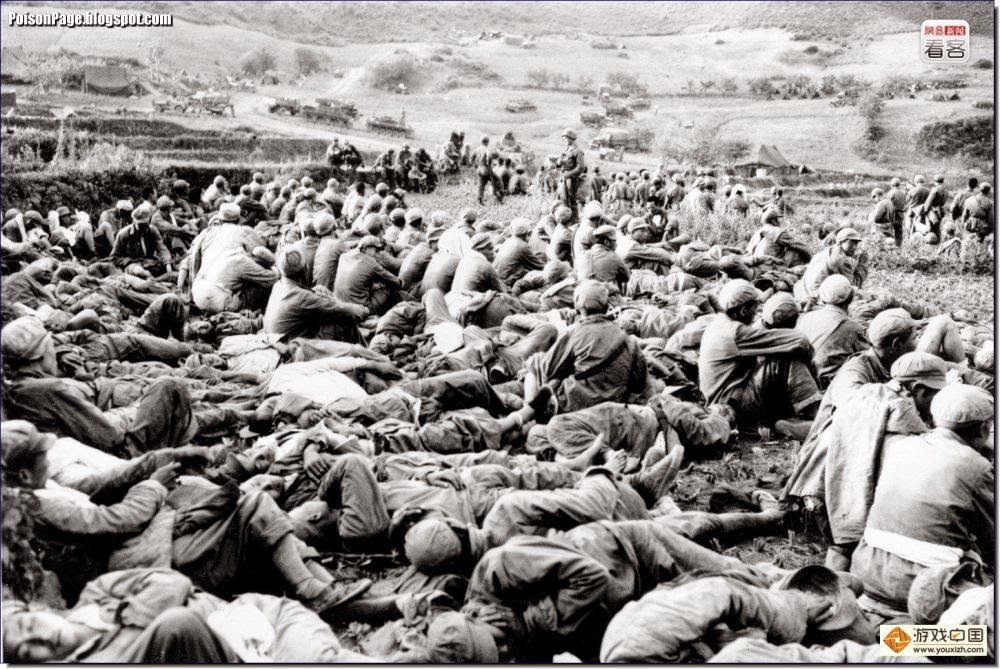 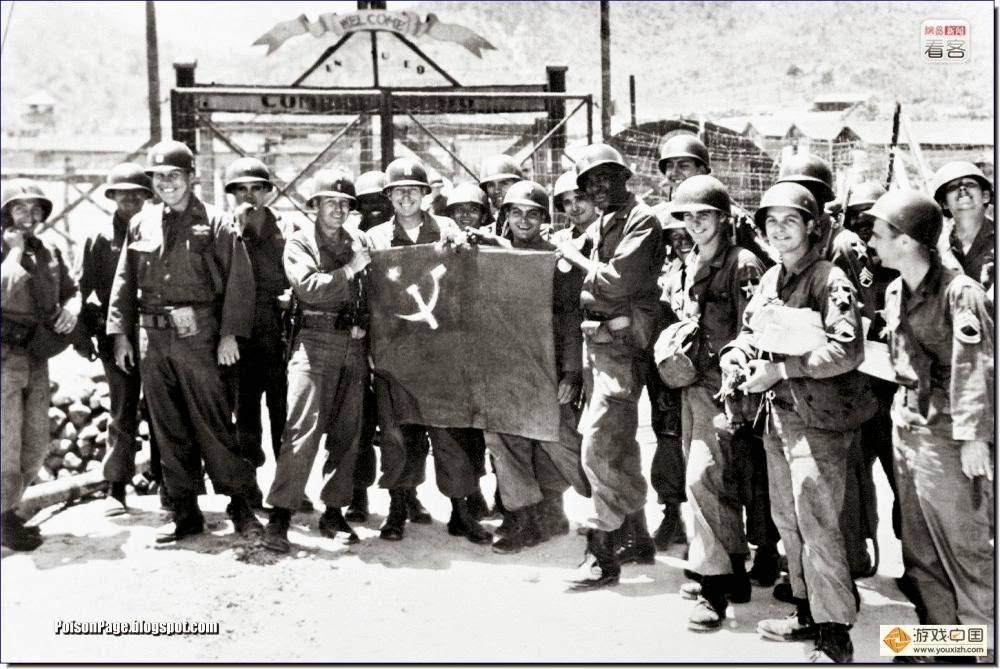 The Koje-do POW Camp Uprising was a communist prisoner of war (POW) riot that occurred at Compound 76 on Koje-do, an island off the south coast of the Korean peninsula. The incident considerably delayed settlement of the outstanding issue in the Panmunjom truce talks, agenda item 4, POW repatriation.

When China intervened in the Korean fighting in November 1950, the United Nations Command (UNC) paid greater attention to control of Communist POWs. In February 1951, Eighth Army Lieutenant General Commander Matthew B. Ridgway launched Operation ALBANY, which evacuated all POWs to Koje-do, which was far removed from the battlefield and regarded as secure territory. On the island, however, U.S. forces had difficulty in supervising the POWs because of the lack of sufficient manpower and scant experience in such affairs.

On the POW repatriation issue, the UNC delegation at the Panmunjom truce talks took a stand on the principle of voluntary repatriation and to this end set out to conduct prisoner screenings. At first Ridgway entered discussions on agenda item 4 without any indication of Washington's final position on repatriation. On January 15, 1952, Washington authorized him to agree to an all-for-all exchange, provided that no forcible return would be required. But Ridgway was warned that this was not necessarily an irrevocable stand. A final position was not worked out until the end of February.

On February 2, U.S. Assistant Secretary of State for Far Eastern Affairs U. Alexis Johnson proposed the screening of the POWs. This involved interviewing the prisoners and segregating them into repatriates and nonrepatriates. The latter would be removed from the POW lists and the Communist side offered an all-for-all exchange of the remainder. On February 27, the Johnson plan was approved by President Harry S. Truman as the final and irrevocable U.S. position at the Panmunjom talks.

Washington assumed that screening would take place in an atmosphere that guaranteed each POW freedom of choice. But this was far from the case. There was violent resistance among POWs, reportedly on direct orders from the Communist high command, against screening. Apparently the Communist leaders wanted a strong showing in favor of forcible repatriation to strengthen their hands at the bargaining table.

The first serious violent incident occurred on February 18, 1952 between a battalion of the U.S. 27th Infantry Regiment and Communist POWs. After the incident, Eighth Army commander Lieutenant General James A. Van Fleet, hoping to improve discipline, appointed Brigadier General Francis T. Dodd as the camp commander. Yet Dodd had little experience in Asia and knew neither Korean nor Chinese. In the meantime, specially trained Communist agents were instructed to be captured at the front to gain access to the UN stockade on Koje-do. These agents conveyed to "loyal" prisoners the latest orders for creating disturbances by all available means.

In a well-planned operation on May 7, Communist POWs kidnapped Dodd and announced that in return for his release certain demands had to be met. The terms were directed to Brigadier General Charles F. Colson, next in command at the camps. Colson's main concern was to save Dodd's life. He also feared that a military operation might produce high casualties on both sides, and thus he agreed to accept many of the conditions. He was forced to sign a humiliating statement in which he admitted that the UN forces killed and wounded many POWs. He assured the prisoners that, after Dodd was released unharmed, "in the future POWs can expect humane treatment in this camp" and there would be "no more forcible" screening undertaken. The statement was obtained under coercion to save Dodd's life, but its effect was devastating to the UNC's international image. The Communist delegation at Panmunjom used Colson's admission as a propaganda weapon to disrupt armistice negotiations. In the West, news of the incident produced a deluge of criticism aimed at the United States.

The infamous Dodd-Colson incident coincided with the transfer of General Ridgway as supreme military commander to the North Atlantic Treaty Organization and the arrival of Lieutenant General Mark W. Clark as UNC commander. Clark was a militant anti-Communist, who had been convinced by his experiences with the Russians in postwar Austria that the Communists understood only force. His immediate response to the Dodd-Colson affair was to take firm measures to restore order. Washington, embarrassed by the whole incident, strongly supported this.

Clark sent combat troops to Koje-do, and both Dodd and Colson were court-martialed and reduced in rank to colonel. A new POW command was established, and a new camp commander, Brigadier General Haydon L. Boatner, a tough-minded combat commander fluent in Chinese, was dispatched to bring the compounds under control. At the end of May, Operation REMOVAL cleared refugees from the vicinity of the camps to prevent communication between the POWs and the Communist high command.

Meanwhile the Communists attempted to squeeze more advantage out of the situation on Koje-do. At one point they contemplated a major breakout from the Communist POW–held compounds. But Clark was determined to impose discipline, and Boatner took swift and effective steps to recover firm control.

The Communist POWs tried to resist Boatner's efforts to dilute their strength. When Operation BREAKUP dispersed the Communist compounds into smaller units, on June 10 there was a serious bloody clash. After more than an hour of fighting, Boatner's troops broke the Communist resistance. More than 150 prisoners were killed or injured. One U.S. soldier died and thirteen were wounded.

Thereafter, despite sporadic violence and acts of defiance, the POW camps were under control. The nonrepatriates were then removed from Koje-do, the Chinese to the island of Cheju-do and the Koreans to the mainland. 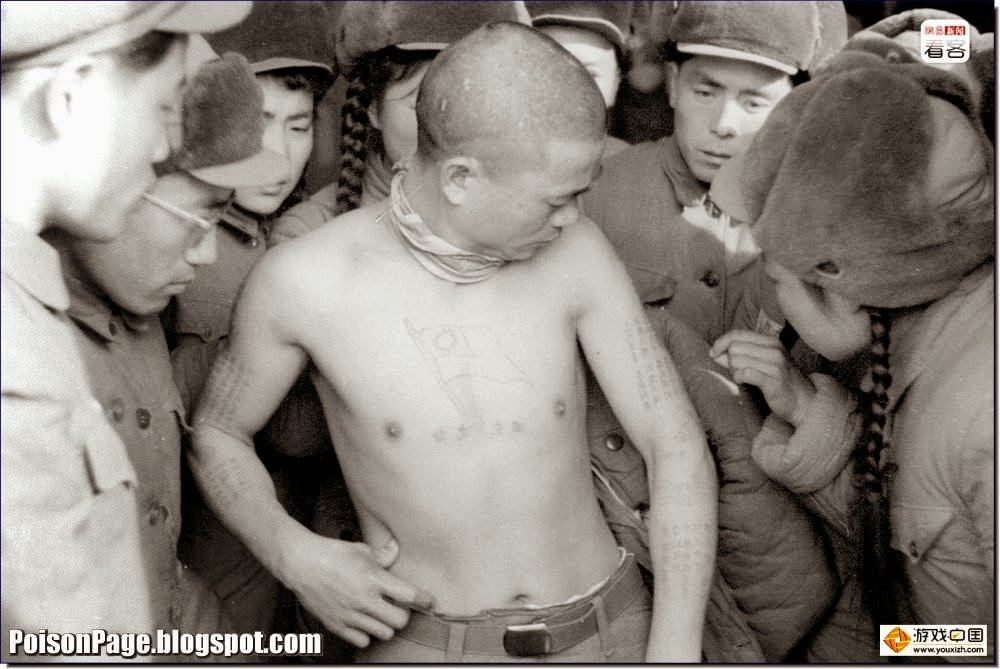 At the UN camps Chinese POW were tattooed in Chinese and English. It read as "To oppose the Reds and destroy Russia" 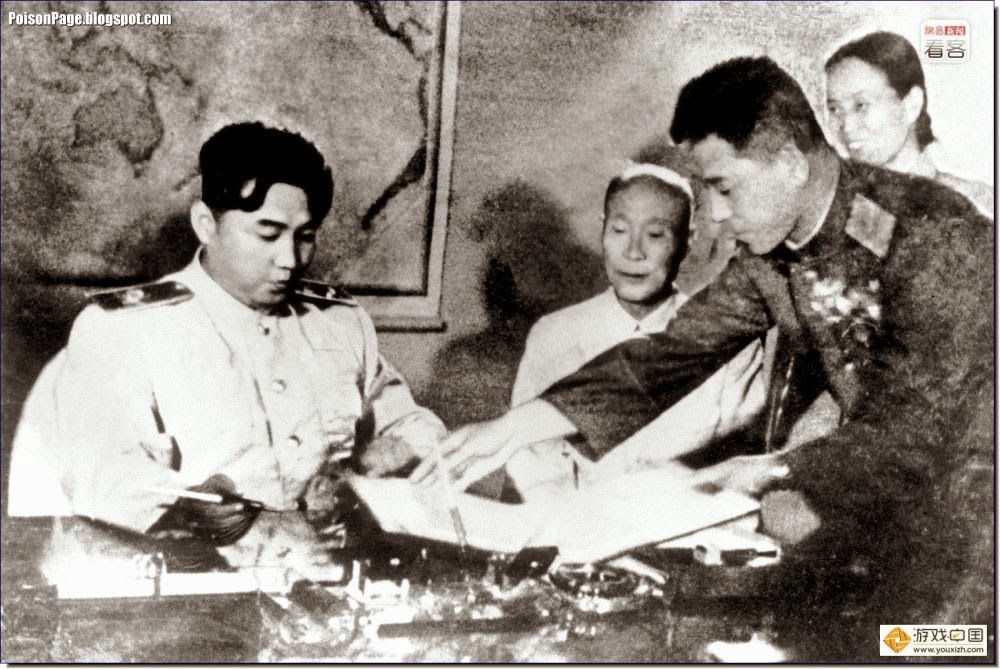 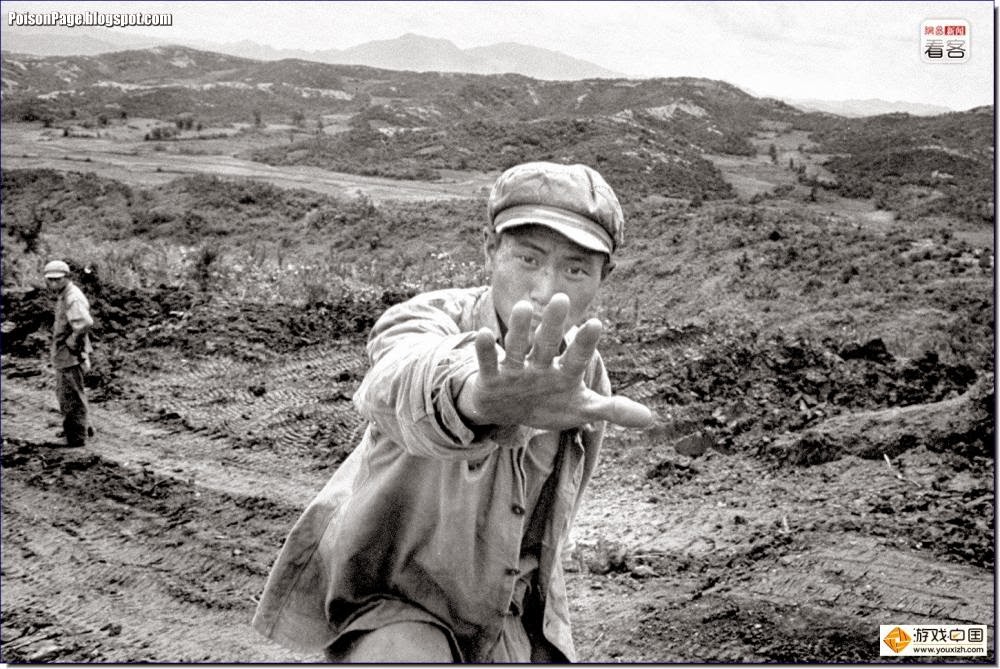 A Chinese soldier on a battlefield with a burial detail, searching for bodies, after the Korean War cease-fire, objecting to being photographed, 1953. 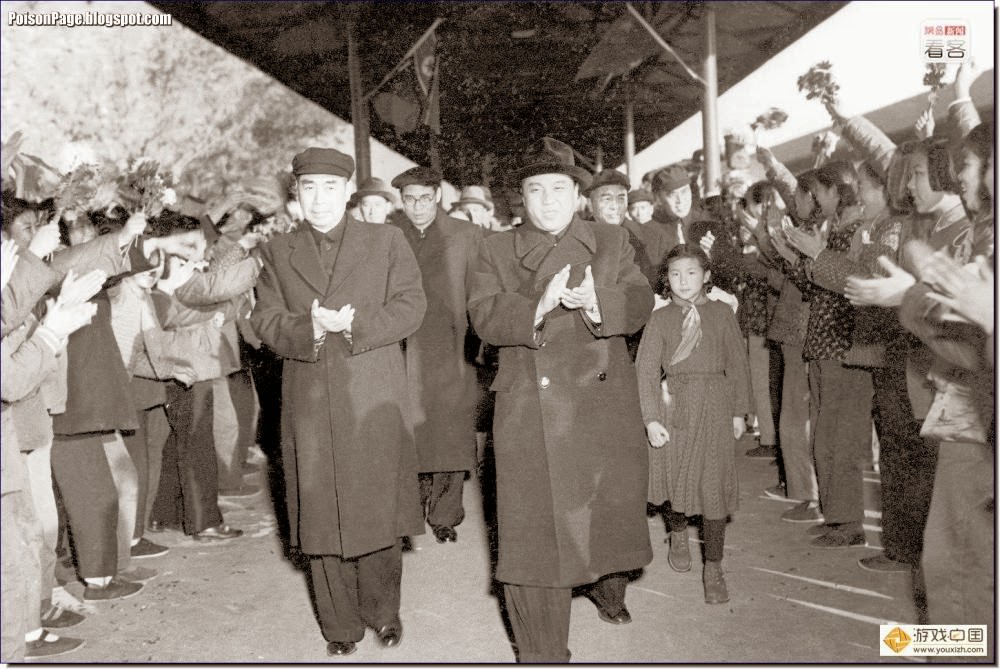 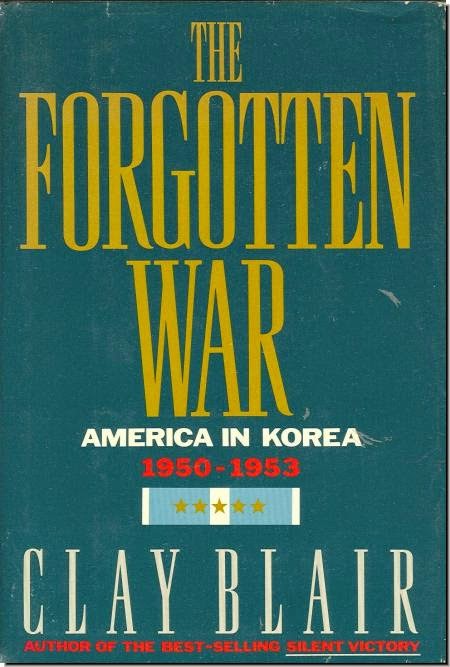 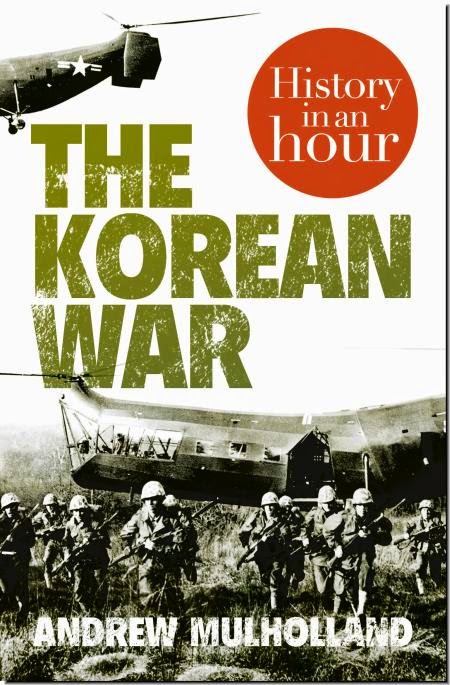 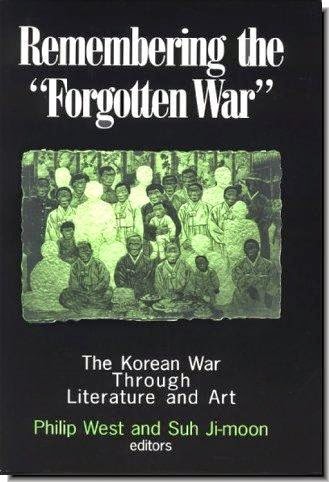 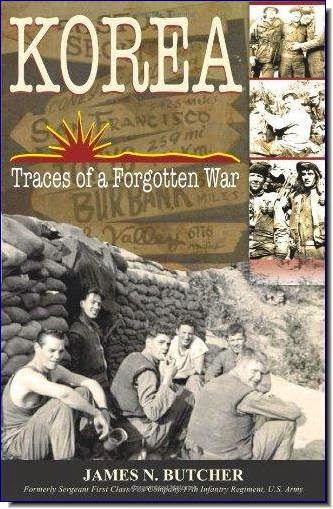